THURSDAY: This was predominately a travel day, Lewis and Mark picked me up in the early afternoon and we loaded the car up before our long journey up to Liverpool, where we stopped off for an overnight stay at the local Travelodge. We checked in and then headed for dinner, of course, it had to be the classic Beefeater across the road. I tucked into what was a fairly decent lasagne while Lewis and Mark enjoyed the Thursday night special of fish and chips. It was soon back to the hotel with the legs getting a fresh shave and then the lights out.

FRIDAY: This was the last leg of our journey – not a lot of driving but a long ferry crossing. It was an early start getting up at 6. We headed straight for the ‘all you can eat’ breakfast (my favourite) but (you guessed it), it was the usual Weetabix, only four this time, followed by poached eggs on toast (a tip from Yanto Barker to have some protein within my breakfast). We were soon on the road heading for the ferry. After getting a bit lost through the outskirts we arrived at the terminal and checked in with plenty of time to spare. The ferry was a calm crossing, luckily for me. Then after 2:30 hours we were on the rock (Isle of Man). We got checked in at the hotel and then walked to sign which was a bit further than I had anticipated. We got back to the hotel and got in our kit, then headed for a little spin to loosen off the legs after all the travelling before the prologue. It was probably one of the nicest pre-race rides I had done, with brilliant views and great weather – even if we did get lost a fair bit. An earlier than usual dinner at 6 and then I was down the starting ramp at 8:30. I headed down with 45 mins to go, popped a cheeky gel then proceeded with my 20 minute world-class warm up. I was soon on the ramp. A short 1.3k prologue with a 180 degree turn (I will be honest with you not my forte) but I was prepared to give it everything and leave everything out there. I had a plan to ride just below my maximum for the first half and then empty everything on the way back which had a nasty headwind. I was quite happy to come home with a time of 1:46, only 5 seconds down on the leader and sitting in 12th. There was still everything to play for in the second stage. SATURDAY: It was yet another early start with the usual routine, so I will cut straight to the racing. I was ready to go on the start line, I felt quite strong and was keen to move up the GC if I could. The race rolled out and we were behind the neutral car. Before we knew it, the flag had dropped and away we went with 106km of racing ahead of us. It was going to be 10 laps of a reasonably flat circuit; however, it did involve some nasty headwinds and a tail wind finish. Lap 1 passed and I was keen to try my chances at the Green Jersey competition. There was a sprint every lap with the top 3 getting points, unfortunately an early solo break away rider picked up first place, but I managed to take the points for second. Lap two passed and the bunch was back together and I was once again outsprinted to second place but didn’t have to go too deep. Lap 3, 4 and 5 went by and a breakaway group was established. I followed some moves and tried solo to bridge, but the bunch was keen not to let me get away. By the end of the 5th lap, the breakaway had pulled out a 1-and-a-half-minute gap but no one wanted to work in the bunch. Coming around with 4 to go, the course was still pretty slippery due to earlier rain, and as I tried to accelerate out of the saddle I felt someone hit my back wheel, before I knew it my wheels were gone from under me. I hit the deck hard, but managed to get back up. This was followed by a hard chase with help from my teammate Jose until I carried on solo. I got within 25 seconds of the bunch but the gap was too big to close and I completely bonked. I ended up being caught by and catching a couple of dropped riders and we rolled through to make the time cut. I was really annoyed as I had been feeling strong in the race, but it was good to see that my teammate Lewis had a good attack and stayed away until half lap to go. I spent the evening thinking about how I was going to ride the next day to make sure I made the most out of a bad situation. 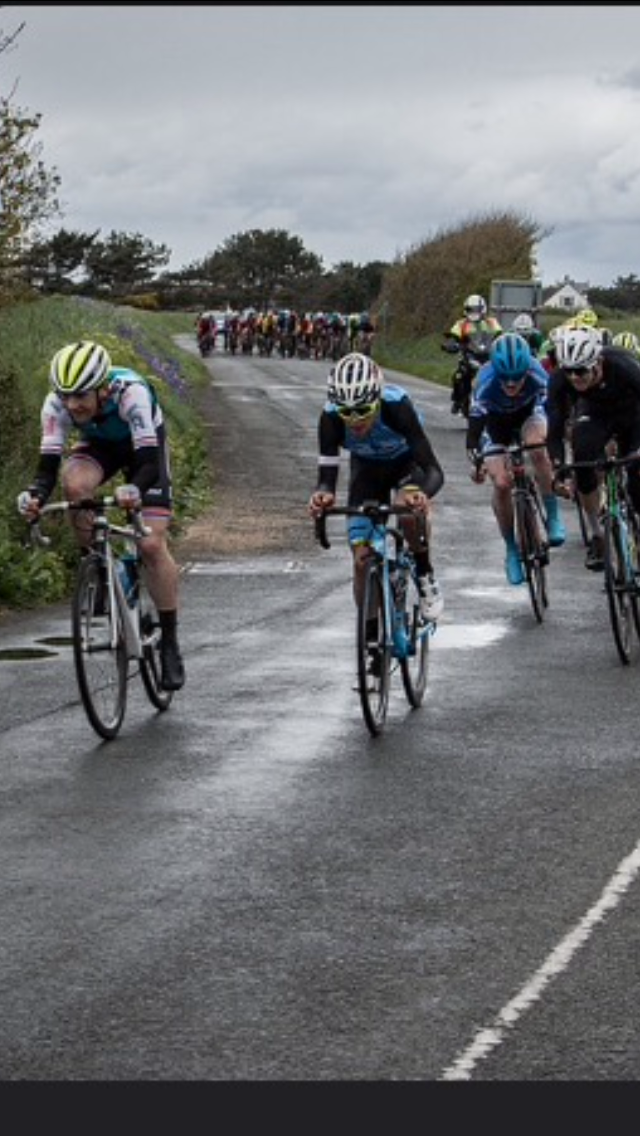 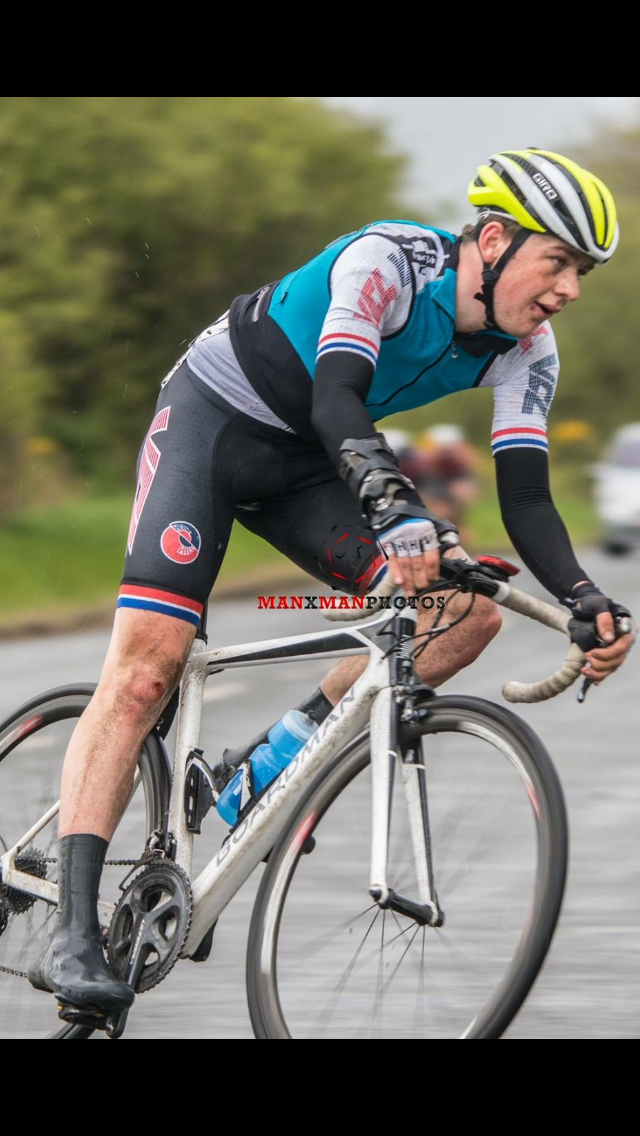 SUNDAY: We left our hotel at 7:30 for an easy spin up to the race HQ. On the way there, we went up the climb we would later be racing on, and it was clearly going to be a very windy day out (me and Lewis almost got blown off our bikes!) It was no surprise when we found out the race had been delayed until 10 and Backstedt Cycling were kind enough to let me sit in their van whilst we waited. 10am came round, and we rode up to the start line. The commissaires told us we were taking a full neutral lap to make sure everyone knew the course. We arrived back at the start line and they announced that the race distance would be halved and it was clear the riders weren’t happy about it. After a bit of negotiation, they agreed to bring it up to 6 laps  – still not anywhere near the original distance. The decision was made due to the race starting an hour late – they couldn’t keep the roads closed for too long. The race was underway after 1km of neutral and I was very keen after yesterday’s frustration to make a statement. As soon as the flag had dropped I was attacking, I took one other rider with me, however it was short lived when we were caught halfway up the climb. I look around to see a front group of 10 of us had formed. We had a very marginal gap and only managed to stay clear for a lap before the bunch swallowed us up. Two riders counter attacked and got clear, opening up a minute lead over the course of the next 2 laps. I tried to get away over the next lap, but it was clear that I wasn’t going to be let go. The bell sounded and the front breakaway riders still had a minute gap. It was down to the yellow jersey to pull the gap back, on the top of the climb 3 of us got clear and gave everything on the descent, unfortunately being pulled back with 1km to go. Mark Donovan had won and was closely followed by Dan Coombe and we were left with a depleted bunch sprint. I found Jake Stewart’s wheel and just managed to come around him to claim 3rd place on the stage. Congratulations to Mark Donovan for such a strong ride – picking up the GC and points jersey. Although it had been a frustrating weekend, I was pleased to salvage something out of the final stage. 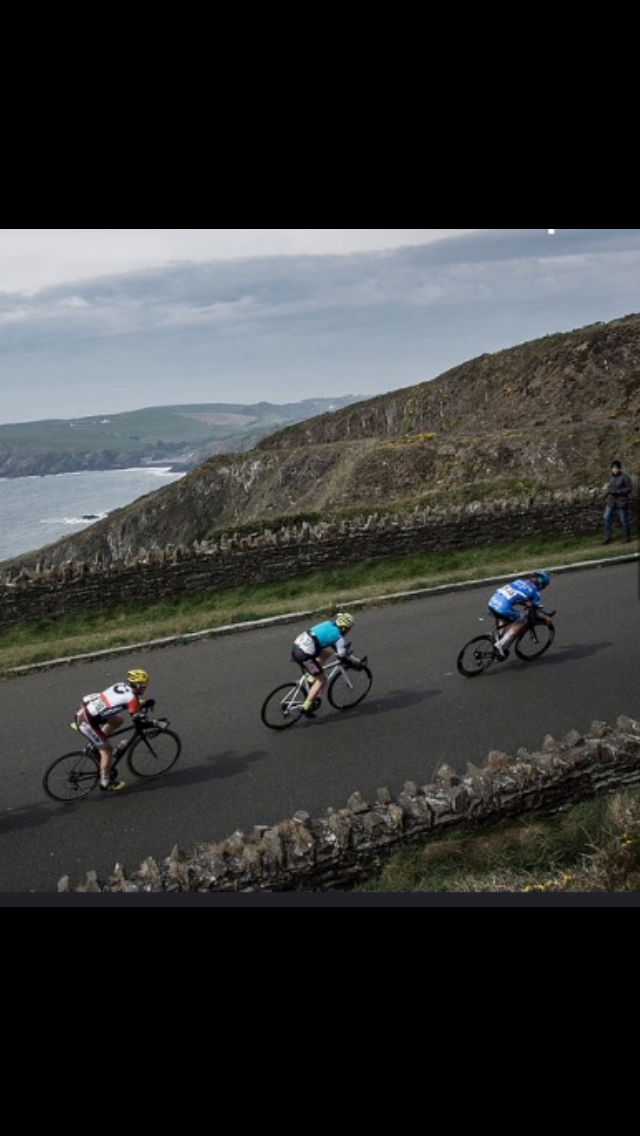 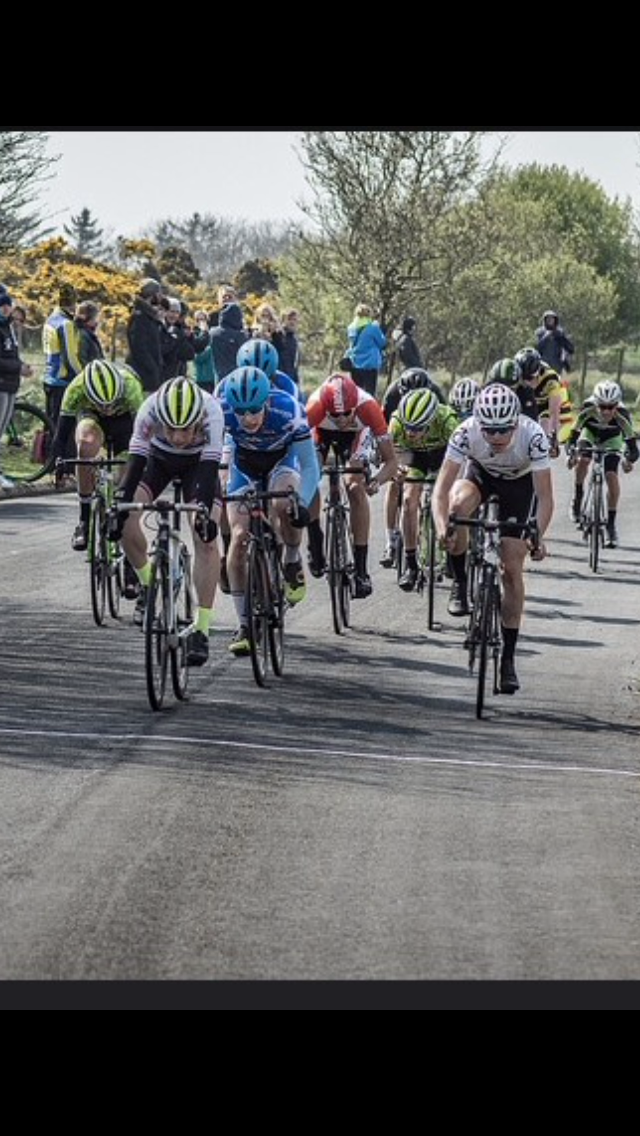 In the afternoon we went up to support the VCL youth riders, who all rode very strongly on what was a really tough circuit. The was spent at the awards ceremony where I got to go up on stage to claim my 3rd place.

Massive thank you to Mark Winfield for taking us over there, VC Londres for all their support, Nick Fowkles for lending me his carbon wrist support, the chef for getting up early to have breakfast ready every morning and to all of my sponsors. 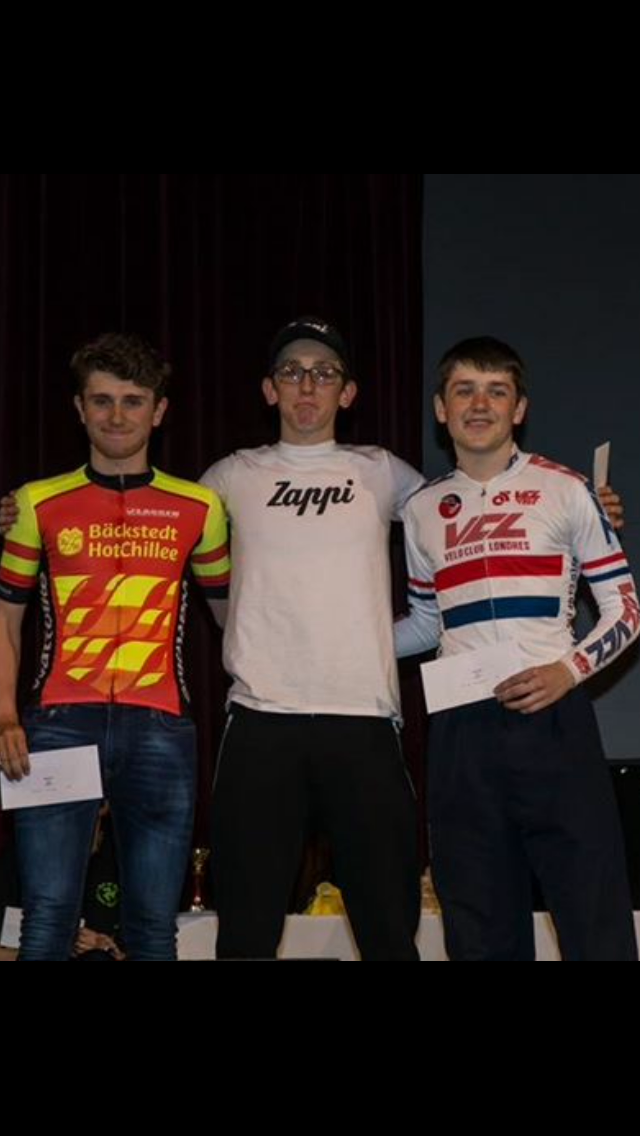 I am a 2nd Year Junior Cyclist. I'm a 1st Cat Junior and hope to attain an Elite Licence this season, my Season will be predominantly based in Belgium racing UCI Junior Races with John Barclay and Racing the Junior British National Series with VC Londres. It would be a dream to win the British Champs again and I also hope to podium in Belgium and the UK. Keep up to date with results via my Blog View all posts by jacobvaughan14